I have no grasp whatsoever on the concept of time anymore, is it night? day? has it been a month? a week? TWO HUNDRED YEARS? I don’t know. Do you?

Should I just copy and paste the paragraph from March oooor?

All jokes aside, I have been coping with this whole situation a lot better than I thought I would. While mental health is up and down and some days are very hard, it’s mostly steadily on the neutral slightly up side of the spectrum so I am very grateful about that and can’t really complain. Some physical symptoms of my anxiety have been acting up though, so eventhough I don’t *feel* anxious, I know I am because it’s manifesting in other ways. Ways I’m not really fond of, but oh well. It is what it is, I can’t have it all.

I went out once (1) in April for grocery shopping, because we need this special permission paper to even step outside the house and I only got mine halfway through the month, plus my mom still have to work so she’d rather do the shopping since she’s already “exposed”. That trip out was good for me though, because after grocery shopping I just kind of…got lost driving and listening to music in the little streets of my neighborhood and the weather was really nice. So I obviously spent the month the only way I could, reading and creating content. Which I’ve been feeling very inspired and excited to do!

I’ve also taken up cooking and baking (especially in Ramadan) which I enjoy a lot, especially since there are some recipes I’ve been meaning to try but never had time to. And also cleaning, I’ve been aggressively cleaning multiple times a week. But mostly I read. And read. And read. I read a lot.

So…I uh…read 20 books this month? with a total of 6611 pages? Don’t ask me how that happened because even I don’t understand. I’ve never read this much in a month in recent memory, I’m not even sure I’ve ever read this much ever in my life, but I’m happy with it? Because I read quite a few really good books. Of course I had some disappointments, but it was overall a really good reading month.

Thumbnail = link to the video

I mean…we’re still stuck at home, so not much, probably.

My booktube‘s one year anniversary is on the 11th and I’m a bit in disbelief over the fact that it’s already been a year. I feel like I only started a couple months ago but nope. A year. It’s been a journey and I’m really grateful with how much this has helped with my paralyzing public speaking anxiety. I mean, I’m still terrified. But it doesn’t feel quite insurmountable anymore. I’m also almost at 2K subscribers on there so!! If the two coincide I’ll be combining them and doing both a Q&A and a giveaway, if not, I’ll be doing a Q&A for the anniversary and save the giveaway for whenever I reach that milestone. But it would mean a lot to me if the two happen at the same time, so if you’re not subscribed already, consider it pretty please?

If you have any questions for the Q&A, leave them down below!!

There’s also something else happening over there in May. Something BIG. I will be hosting one of the Launch events for Adiba Jaigirdar’s THE HENNA WARS and I’ll be live with both Adiba and Leah Johnson, author of the upcoming YOU SHOULD SEE ME IN A CROWN, celebrating the release and talking about all things sapphic on the 15th at 6:30PM EST, so you definitely want to subscribe and click the notification bell if you don’t want to miss out on that. An international giveaway of the book may or may not be happening as well. 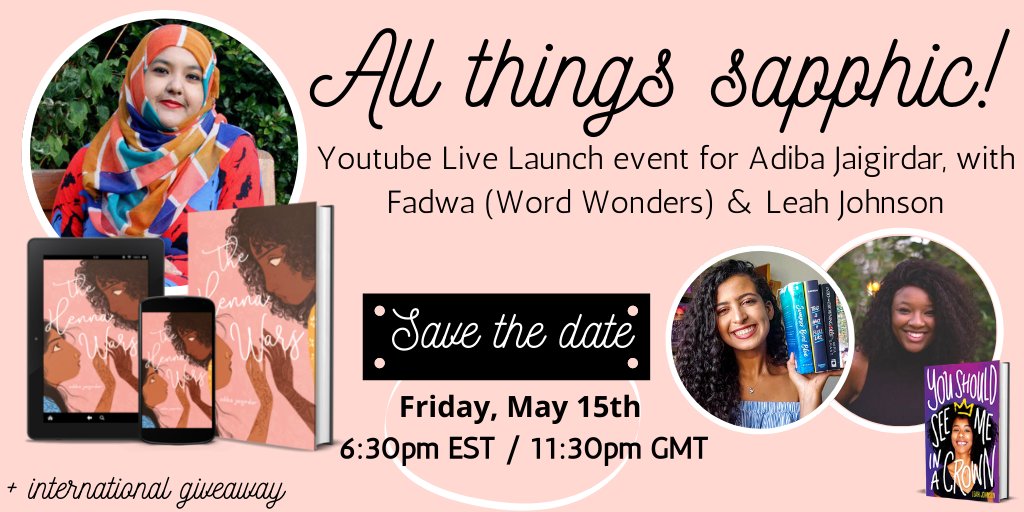 Did you read any of these books? What did you think of them? What books did you read this month?

Oh! And if you have any posts you think I should check out, leave them in the comments.